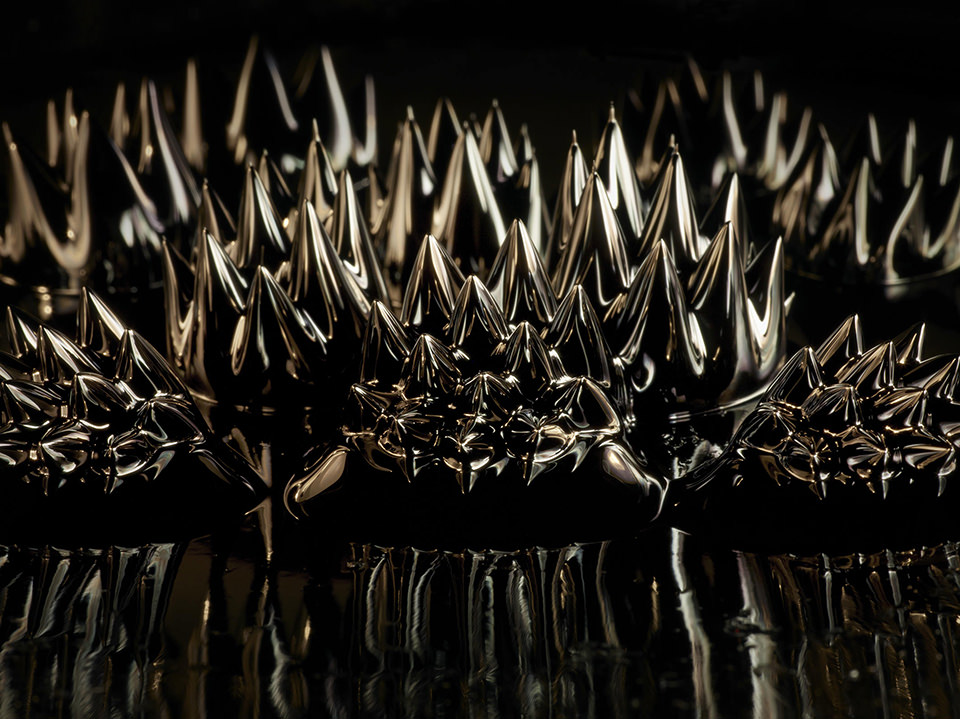 Seb Janiak - Manifestations of the Unseen, 2012-2016
‍
Magnetic levitation:
‍https://www.youtube.com/watch?v=bYGQu-LHSNE
‍
For the "Magnetic Radiation" series, it was the use of a ferrofluid liquid which was the obvious choice. This liquid laden with ferric nanoparticles enables us to visualize a magnetic field as it curves to follow the force lines of the magnetic field generated by powerful magnets. The set-up was designed so as to modulate the power and the spacing of several magnetic fields in parallel or in opposition, or both at the same time. Since the liquid is jet black, it is only possible to illuminate it by reflection from its environment.

This can be described in terms of a “revelation”, in the sense that the hidden realm is revealed in images. The natural aesthetic result refers back to the creation of the universe when magnetic fields shaped matter, atom by atom to provide a structure, so that 14 million years later we have become what we are – living, thinking beings.
‍
Technical note : Live shot, no special effects or retouching.
‍ 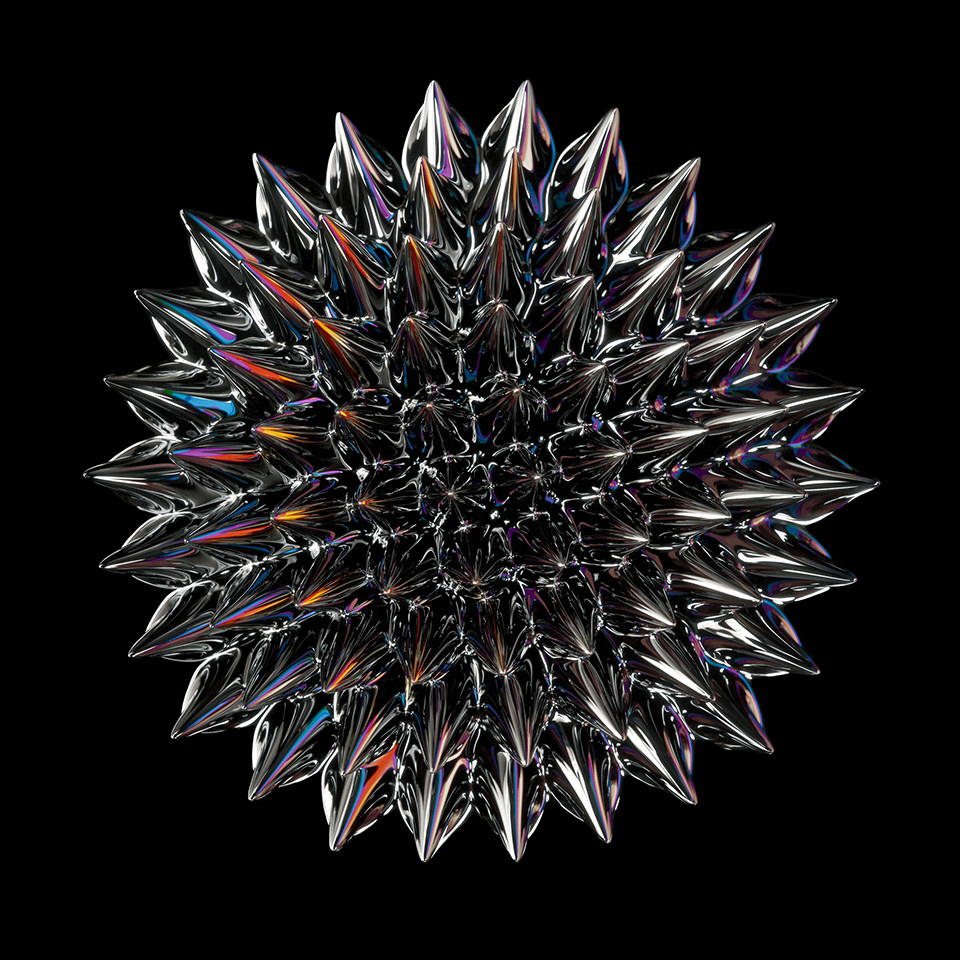 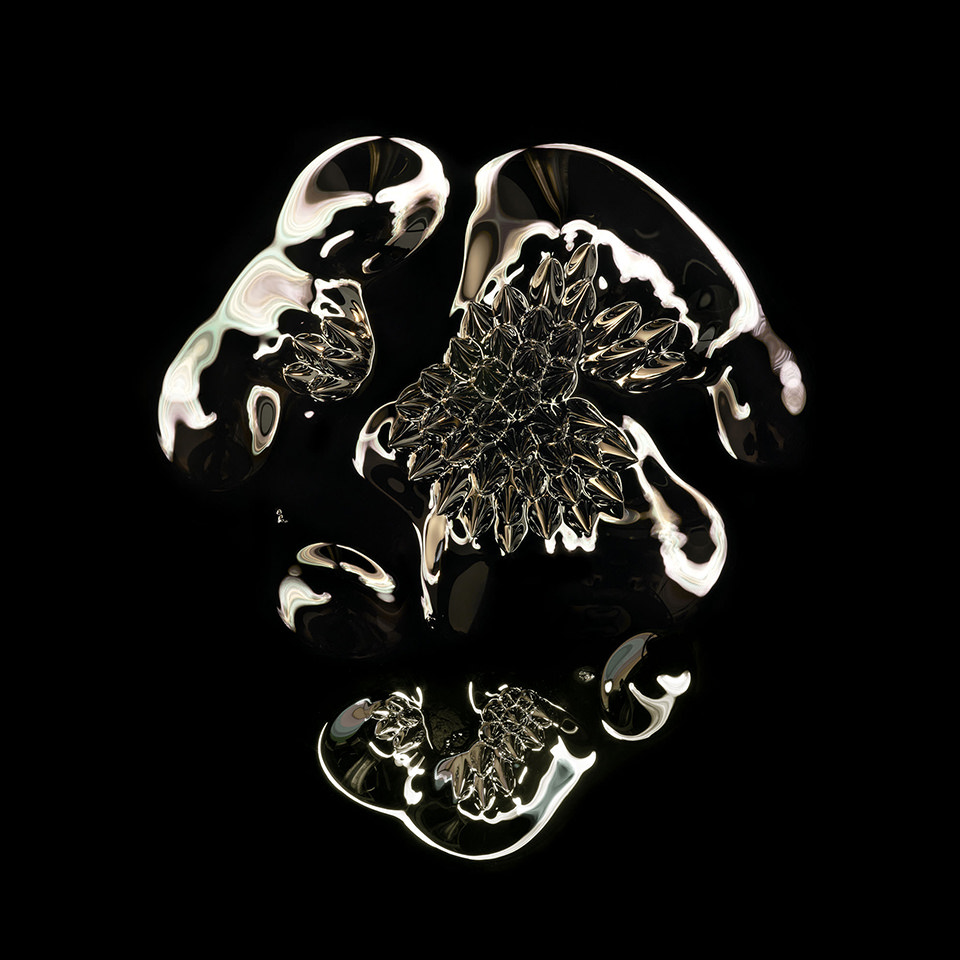 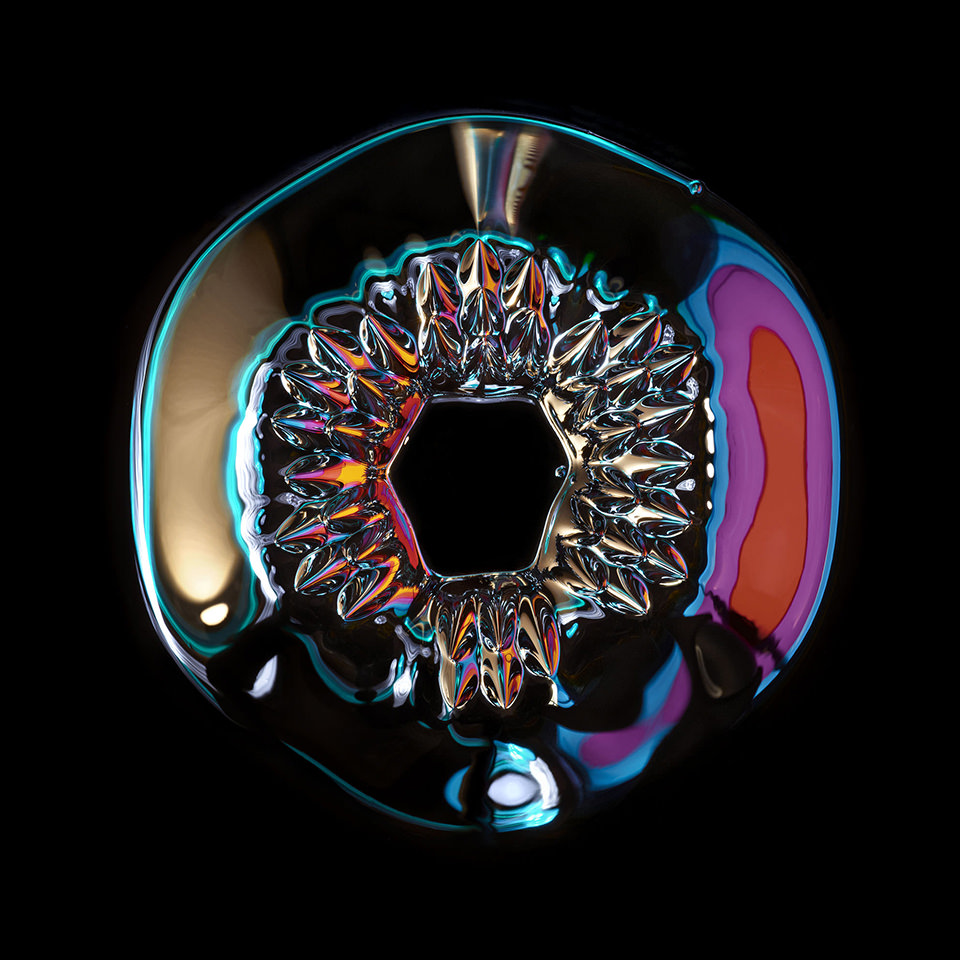 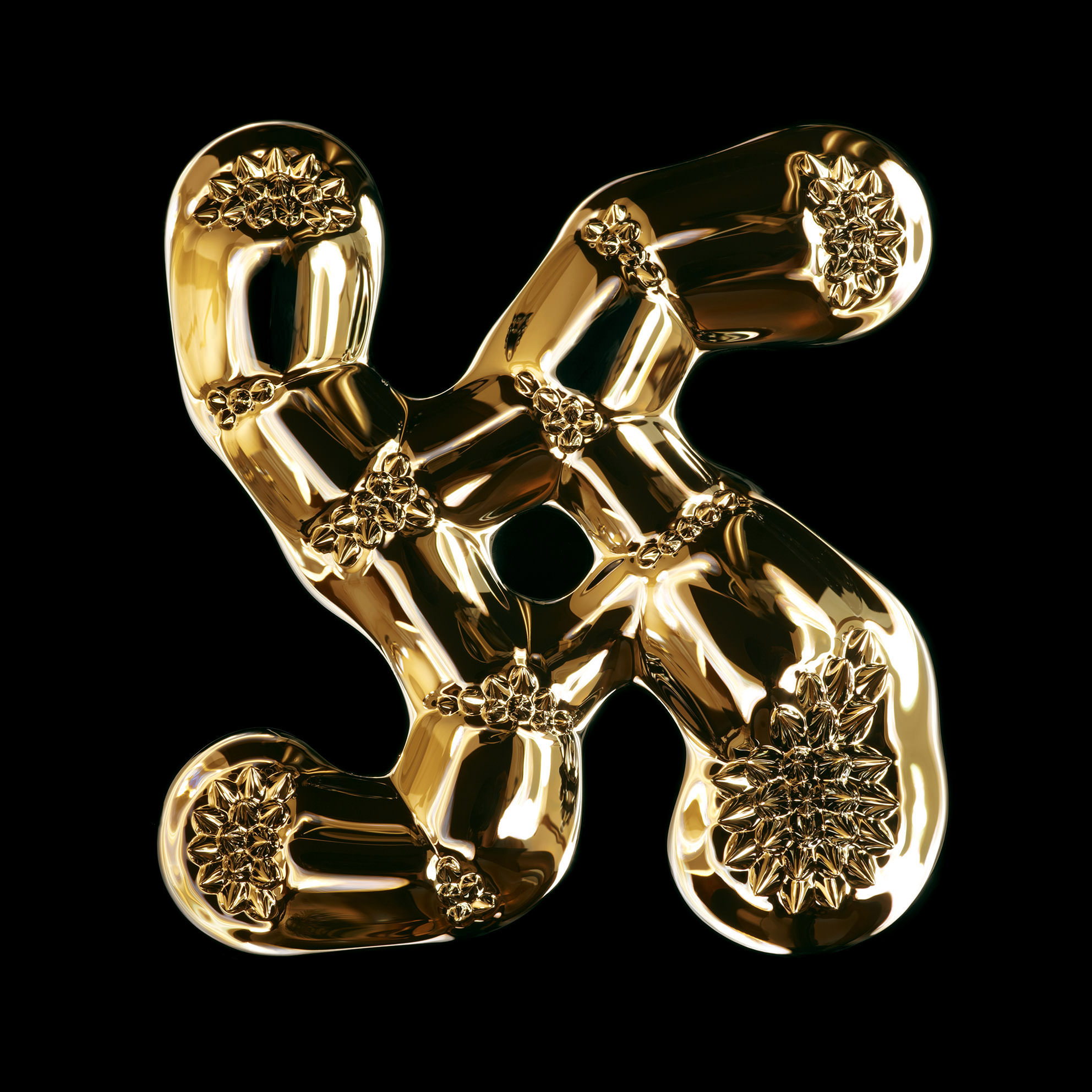 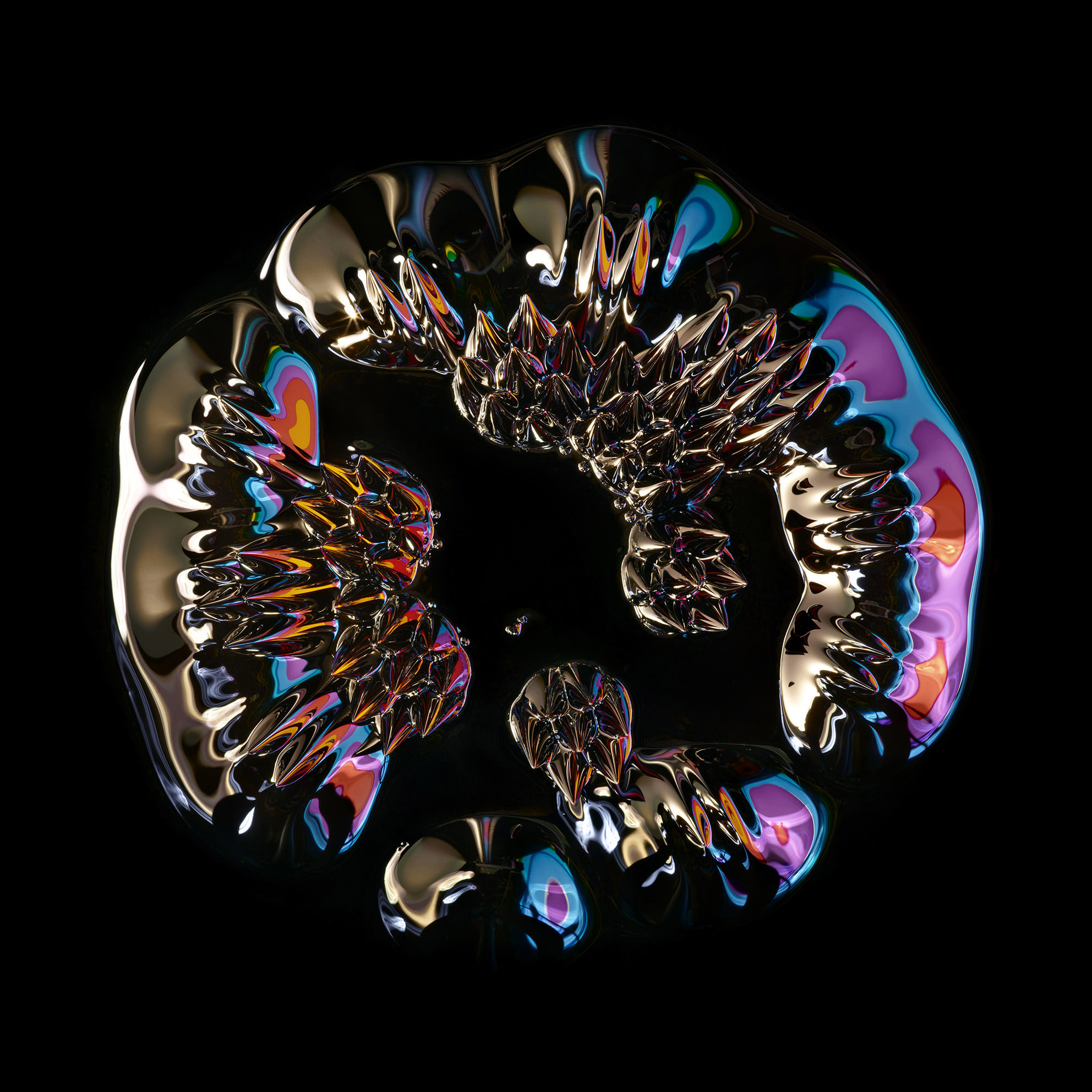 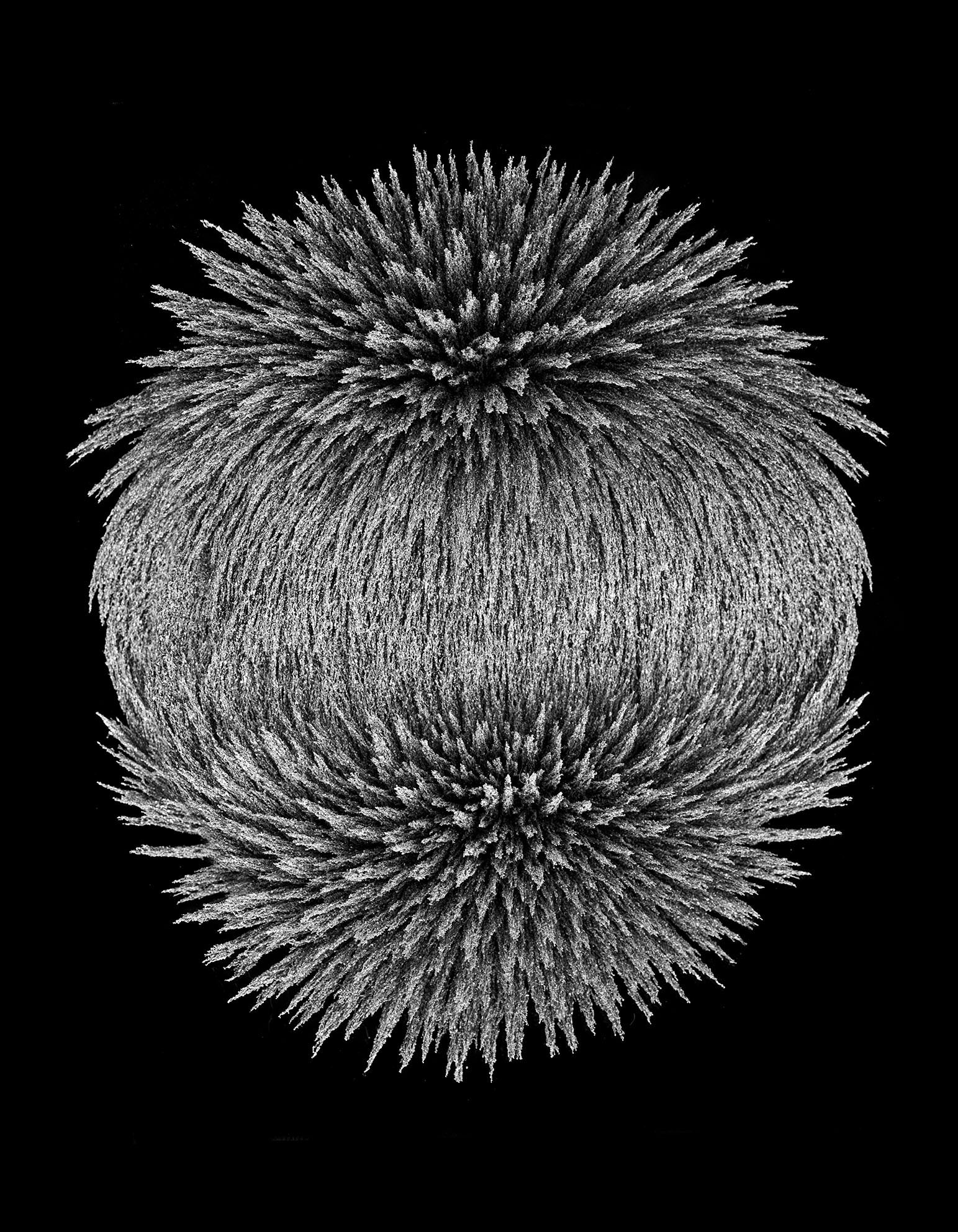