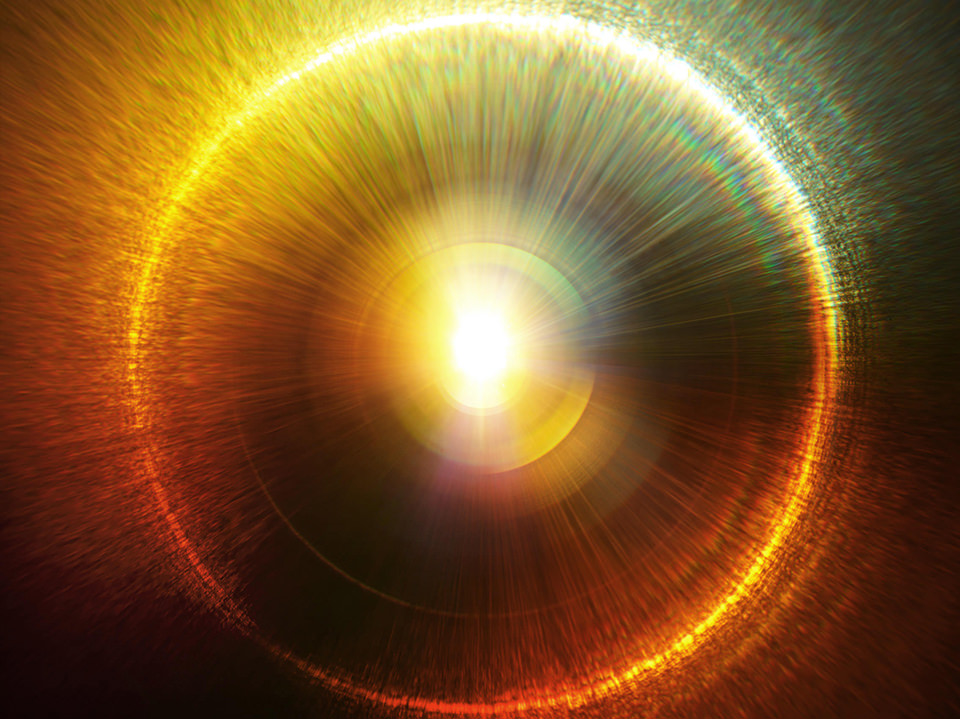 For the "Photon" series, the work was more complex. The problem being that the photon is not only a form of continuity but also an intermediate state between matter and the Divine. The vibratory nature of light brings us back to the wave-particle duality. Furthermore, in physics, wave-particle duality or wave-corpuscle duality is a principle whereby all objects in the microscopic universe simultaneously exhibit the properties of waves and particles. The set-up therefore had to enable the solar radiation to be channeled towards the lens. The use of a prism was the obvious choice: it alone enables invisible white light to be decomposed into seven primary colors. The challenge was to create an "afocal" light which would not be subject to the depth of field. To achieve this, a specific search for special focusing settings enabled me to capture the radiation of sharply-defined, non-diffuse photons.

"Let there be light! And there was light!" The first divine order of creation gave existence to the structural essence of light. Its rays accomplish all divine manifestations.
‍
It was at that moment that the first particles of quarks and antiquarks burst out from the quantum vacuum in a literal bath of photons. This materialization of matter and antimatter would immediately cause a life-or-death struggle between these two opposing components: pairs of particles and antiparticles would annihilate each other to become light (photons). Then, through a symmetrical reaction, these photons would materialize in pairs of particles-antiparticles. The universe was then a soup of quarks and antiquarks in perpetual annihilation - materialization!
‍ 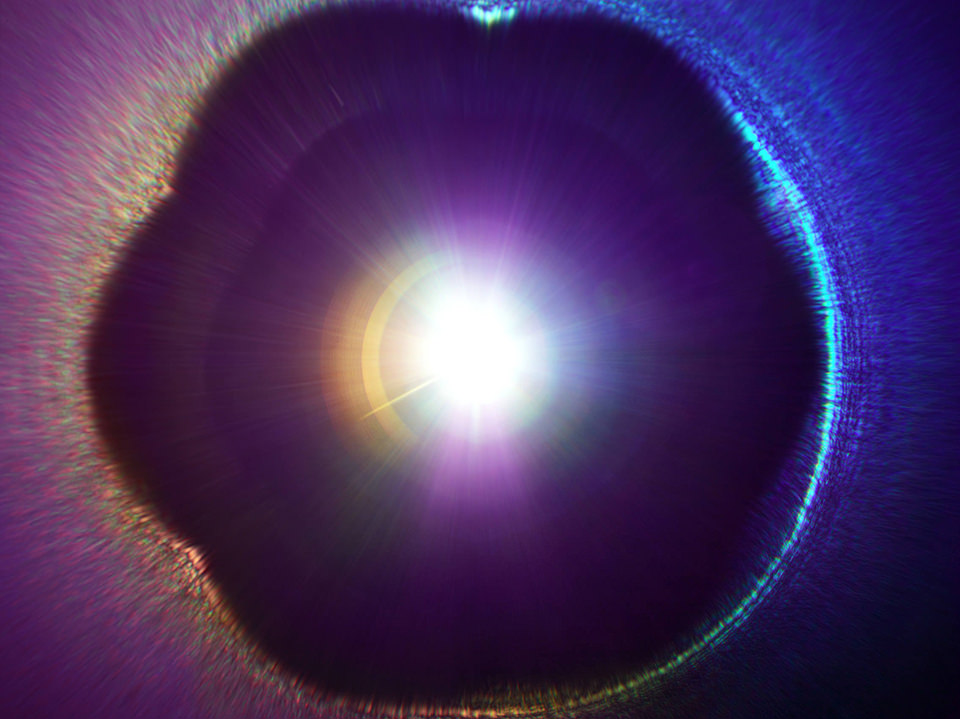 An important fact should be noted: the initial creation of particle-antiparticle pairs did not occur in perfect symmetry: A tiny amount of excess material appeared:
‍
For 1,000,000,000 antiquarks created, 1,000,000,0001 quarks were created, so only one quark would survive the future great annihilation: A ratio of 1 to 1 billion!
‍
Thus it was that a symmetry breaking was responsible for the existence of the matter which we are now made up of!

The photon is the source of our material universe in the form of waves.
"Wave" and "particle" are ways of seeing things and not the things in themselves. Without consciousness, the photon remains a wave. Once a thought, a look or a detector focuses on it, the photon is transformed into a particle.

The light photon is intangible and massless, a constituent of electromagnetic radiation. A kind of "digital quantum", the source of quantum mechanics. It moves in our space-time bubble at a speed of 299,792,458 meters per second, a numerological value of 1.
A photon’s own life is infinite, whatever the aging of the universal material world in which it propagates.

The natural materialization of this photon-flow in a sort of retina reveals the magical connection between the divine tool designed to capture the light of things and the light itself in the form of photons.
‍ 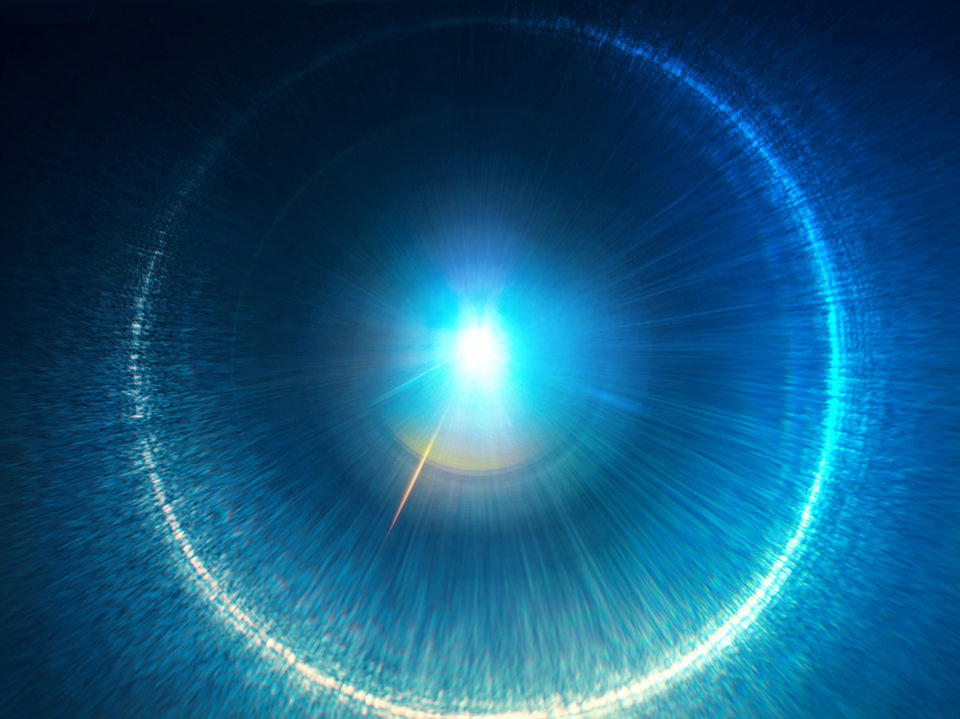 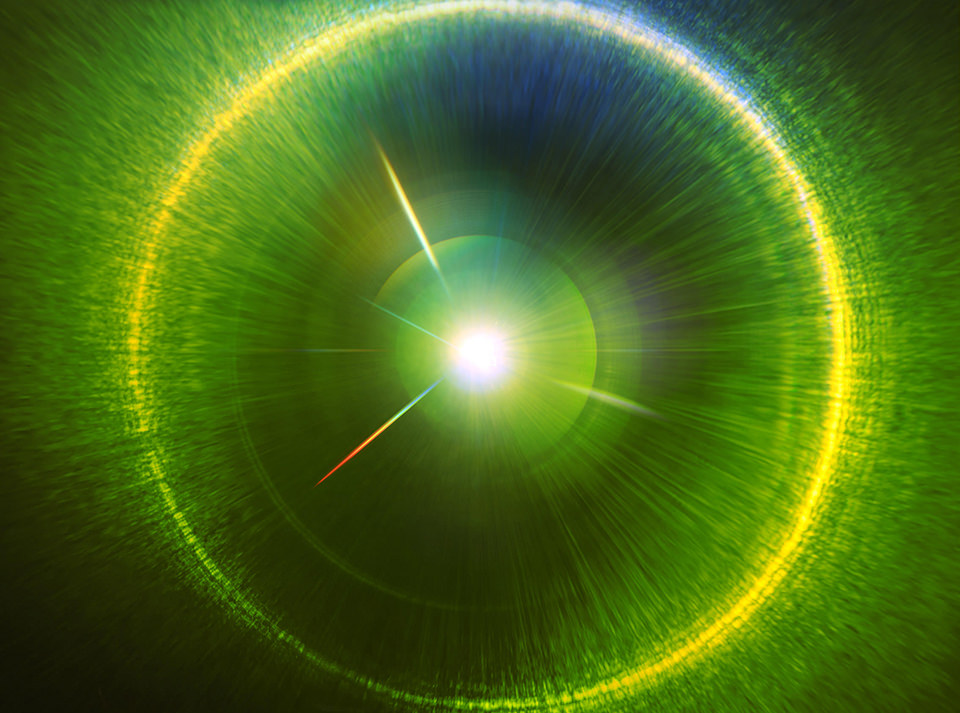